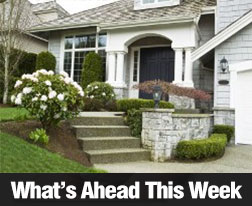 During a panel presentation of global economic leaders, outgoing Fed Chair Janet Yellen discussed the pros and cons of having 19 members on the Federal Reserve’s Federal Open Market Committee, which is responsible for the Fed’s policymaking decisions.

Chair Yellen said that it was “challenging” in terms of expressing diverse member opinions into a pat statement of Fed policy. She noted that multiple opinions on any aspect of the Fed’s decisions could be confusing for the public. She also said that individual and varied opinions were essential in considering all aspects of the Fed’s policy decisions: “The most important strength is that we avoid ‘group-think,’ which is a real pitfall for policy committees.”

November’s reading of 70 was two points higher than in October; analysts expected a one-point decline to 67. Concerns over tax reforms potentially impacting homeowner tax deductions for mortgage interest were expected to impact builder confidence, but NAHB did not mention tax reform in their summation of builder confidence readings for November.

Builders have repeatedly cited concerns about shortages of lots and labor as well as increasing costs for building materials. NAHB said in a statement that November’s Housing Market Index reading was a “strong indicator that the housing market continues to grow steadily.”

According to the Commerce Department, October housing starts rose to 1.29 million on a seasonally-adjusted annual basis; analysts expected 1.20 million starts based on September’s reading of 1.14 million starts. 5.30 percent of housing starts were single-family construction.

Builder sentiment has been strong all year and was propelled by healthy job markets and lower mortgage rates.